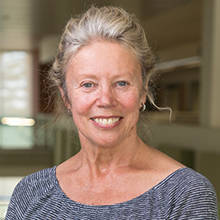 Joanne Young undertakes research on factors that increase the risk for colorectal cancer. The focus of her work is two groups of patients in whom the risk is under-recognised:

The long-term objectives of this research are to:

Joanne uses a multidisciplinary approach involving genetics, pathology and epidemiology to understand the clinical observations in these two groups of patients under investigation (see About).

Paper of the Year Histopathology 2006

Joanne has been involved in The Hospital Research Foundation (THRF) activities including:

Joanne is happy to be contacted for radio interviews or to give lectures for the general public on issues relating to her research.